By using Goalous,
Individual members’ awareness of their
goals has improved, and we have achieved our
first budget.

A certified tax accountant corporation in Shibuya, Tokyo. At Koyano Certified Public Accountant Office, we have specialists in accounting, taxation and finance. Our corporate philosophy is to create “peace of mind“ and “excitement“ in the world through the power of accounting, taxation, and finance, and we aim to contribute to the prosperity of the Japanese and global economies through the development of our clients’ businesses.

“Organizational goals“ are not necessarily
something you have to achieve?

The biggest challenge we faced before introducing Goalous was “Each member’s sense of profitability, motivation to achieve goals, and other sense of involvement was low“.
Although some of this is due to the characteristics of the organization itself, in the past, many employees changed jobs with the intention of staying with us for a span of two to three years to improve their skills in a short period of time, and their awareness of the organization’s goals as their own was low.

And even on the organizational management side, the message that we had to commit to the goals of the organization was not strongly communicated.
In such an environment, it is easy for managers and members to have a mutual awareness gap and fall into a lack of mutual understanding and communication.

Gradually, though, the number of members who wanted to work here for a long time tended to increase, and we also felt that we had to gradually change the way the organization itself was organized in order to create an environment where employees could deepen mutual understanding.

In addition, the way we work has also changed a lot since last year because of the corona disaster. When the corona outbreak started, we were not allowed to come to the office as a rule, and the opportunities to eat and drink together were drastically reduced. In this prolonged environment, we also felt a sense of crisis about the increasing lack of communication. 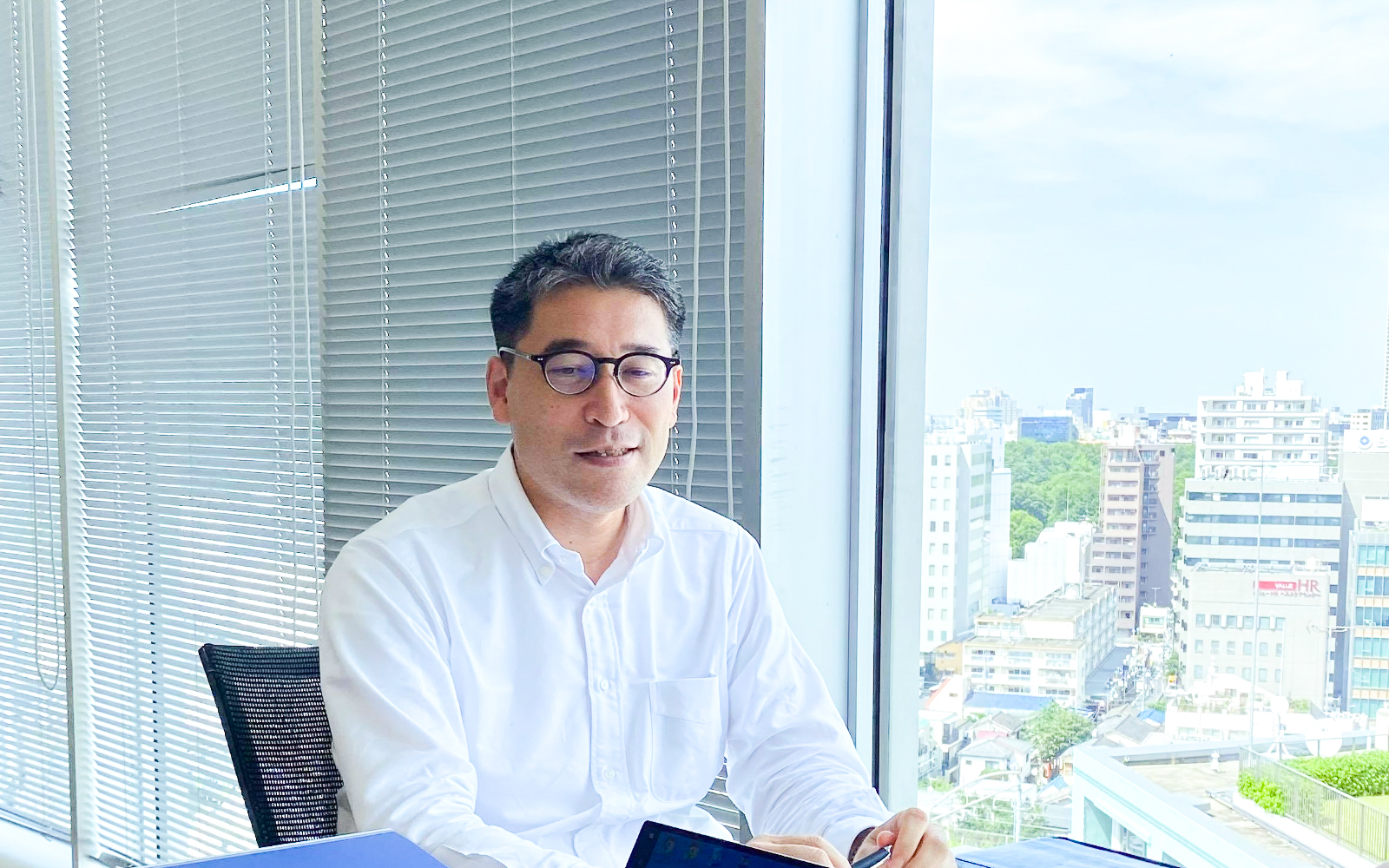 The decisive factor in introducing the system was to
“raise awareness of goal achievement“ and “have fun at work“.

Background of the introduction of Goalous

In the first place, in order to introduce and use Goalous, it is essential to set specific target figures for each member. Until now, the organization has not been able to set such individual goals. In addition, the organization’s budget up to now was top-down and unrealistic, so before introducing the system, we decided to reduce the budget to a level that would allow us to achieve our goals if we worked hard.

Another reason why we decided to implement Goalous is that we identify with the corporate philosophy of Colorkrew. I had heard President Nakamura talk about how he had successfully turned the company around from being in the red for the past 60 months in a row to being in the black, and how he had improved the company’s business performance, and I felt that his experience and background were reflected in the Goalous service.
I myself believe that communication is very important when doing something in a group. I think it’s great that we can communicate with each other and show each other our activities toward our goals.

I really sympathize with Colorkrew’s catchphrase, “Shigoto Tanoshiku“.
I think that people’s abilities are at their best when they can work happily. I think that people are at their best when they can enjoy their work.
Rather than doing work they hate, they can enjoy any kind of work and share it with each other on Goalous. I thought it would be great if we could create such an environment.
I think that was the deciding factor for us to introduce this system. 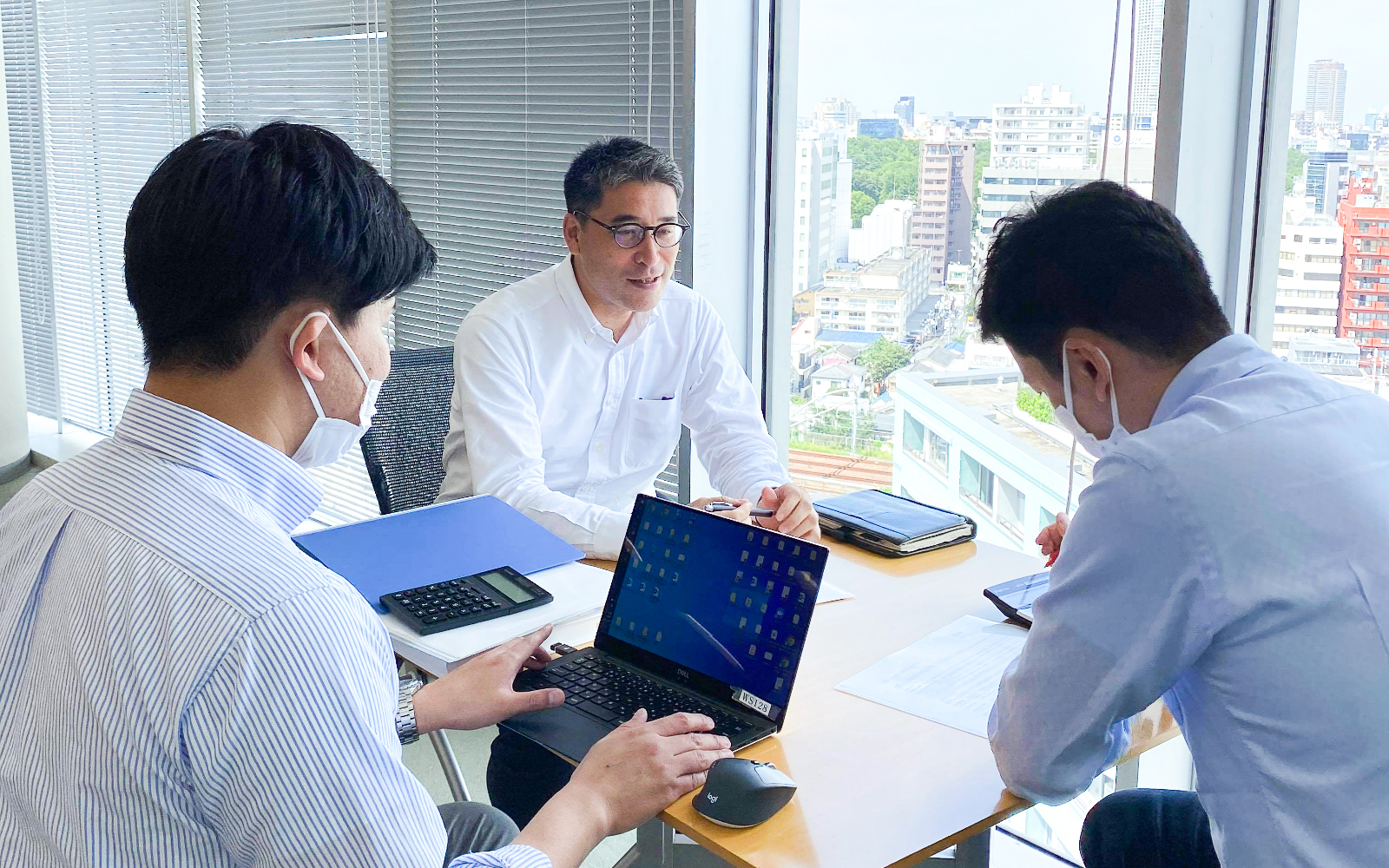 Beyond what people send out, there is a world beyond imagination.

How do you feel about using Goalous?

In fact, there are visible results and I feel it.
We started using the goal management function for the first time in the second half of last year, and from the first half of the year, we started assigning missing numbers to each member and putting them as goals on Goalous.

I’m ashamed to say that although we had set a budget for the organization, we had never achieved it before, but in the second half of the last fiscal year, we achieved our budget for the first time.

As is true in any organization, when you introduce something new like this into an organization, it’s hard to get everyone to move at once.

Also, through the tool Goalous, I realized that when people send out messages, there are many worlds beyond them that I had never imagined.
I also enjoy seeing how the connections between people change over the months and years, and the visualization of each other’s efforts inspires others.
When you start to see other people’s efforts, it starts a chain reaction, and I feel that the number of members who are willing to do their best is gradually increasing.
I am hopeful that by repeating this process, we can become a strong organization.

It’s up to us how we utilize it.

Currently, we are operating as one team, but we have a track record of actually achieving our goals, so I’d like to try to use Goalous to provide new stimulation again while making good use of it for the next half of the year.

Due to the nature of our industry, it is inevitably difficult to actively operate during the busy season, so I think it may be possible to focus on the second half of the year and use short-term intensive use as a kind of start dash and last spurt.

As Goalous evolves in the future, I would love to see you continue to share any applications of use, organizational reform methods, and also learnings from other companies’ successes.

About Us
Colorkrew Inc., An IT corporation located in Akihabara, Tokyo.
Our mid-term vision to be “a visionary company that brings joy to work around the world”, introduced the first Super Flat model to Japan. No management, No hierarchy, but infinite team strength.
Check our website
Other Links
Terms of service
Privacy Policy
Inscription by Law
Get in touch
Contact us