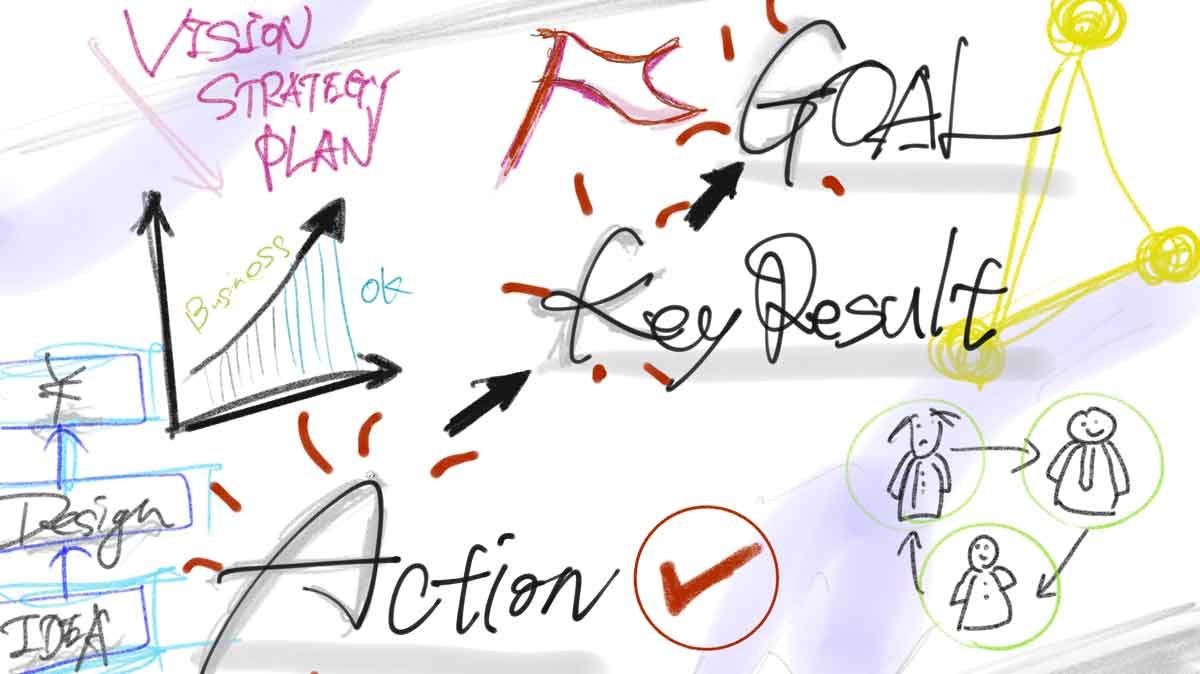 To achieve a goal, or a target, what are the necessary elements to be defined?
We have developed a new model for goal achievement named “GKA”, based on the OKR model which is well known for Google’s adaptation. This is the core of Goalous, the tool to improve team-capability with ‘fun.’ GKA represents the following words:

This model for goal achievement is designed with the purpose to “assume a roadmap towards a goal, visualize and observe the progress, and share the progress with people concerned.” Note that this model is based on and evolved from an idea called OKR.

OKR – Have you heard of it?

OKR stands for Objectives and Key Results: It is said to be a “best practice to connect the goals of organization and individual, and to evaluate progress based on the outcomes achieved,” and was originally invented by Intel in the 1970s.
Today, the model is adopted and used in Google, Uber, LinkedIn, Twitter, Sears, Zynga, Oracle, Yahoo!, Spotify, Box, GoPro, Flipboard, and so on, and is well-known at least in the US companies.
The general strategy is to link the goals from upper organizations to individuals and is visualized as below:

OKR
Company OKR is connected to department OKR, and eventually, to individual OKR. All the logic is dependent on the upper hierarchy and must be consistent with it. The goals that are given from upper levels do have a risk of becoming “enforced goals” but so far there is the actual good result so it is assumed that it works well in some companies.
The concrete examples of the Objective in each organization level could be as follow:

Company Objective:
To increase consumer’s awareness of the brand
KR1: increase media engagement by 20%
KR2: launch a tool for customers
KR3: increase the visitors to the websites of the three products to 100,000/month each.

5 Features of GKA Evolved from OKR

As stated above, the GKA model in Goalous is based on this idea of OKR. However, as you learn when seeing the following features, it is a more advanced model.

1.It is more simple with much freedom.

In the GKA model, there’s no organization (such as companies and departments) Goal and KR. There are only “Visions” to summarize the higher concepts. Visions signify the company’s “imagination to create the future based on the reasons of being, which are missions.” The role of visions is to draw the picture of a dream future based on the promises between the society that explain the purpose of their existence. It should just show a certain direction with some abstractness and tolerance to interpretation, and make employees excited.
Contrarily, if a company has a specific goal, and each department has a specific goal. What would happen then? Certainly, when higher goals are wrong in direction and contents, all the subsequent goals would be wrong as well. They will end in vain.
On the other hand, there is an uneasiness of keeping consistency in logic since the higher goals must be installed into subsequent goals strictly. In other words, because interpretation must be kept controlled and uniformly so there’s less freedom. At the same time, when higher structures are revised, all the subsequent must be changed, and this limits the adaptability to changes in circumstances.
Therefore, in the typical cases with OKR where the structure adopts the strict linking from “company to department to individual”, you might a nice feeling with the logic that “connecting organization appropriately,” however, in fact, there could be much inconvenience.
What’s more important comes next.

Decide on your own: This is what I am discussing here. Enforcing sales, invitations, orders, or in short, everything that is told by others will decrease intrinsic motivation. The ideal work that managerial should do is to create an environment where employees strongly wish “I want to do this!” and should not be to force them to do things saying, “Do this!” When controls from outside are strongly felt, intrinsic motivation will decrease. When intrinsic motivation decrease, actions will not be made and so successful outcomes will not likely come out. The same thing applies to goals and it’s not something to be forced from higher levels. “Deciding on your own,” there’s no much more powerful motivation than this.

In a team, a goal is not only for individuals. It is nor something pursued by one person. Therefore, GKA does not regard an organization goal to be something to be divided into individual goals.
Sharing one Goal, and everyone works together to achieve it. With everyone’s role supported by everyone’s ability, everyone makes collaboration; this is how GKA regards Goals and work.
Then the team will dislike solitariness, blockage, and someday it will seek for enjoyment and excitement.

4.There are Fun Actions

Action on Goalous
Make actions with pictures. Imagine smartphone apps that are widely used in the world. Most of them are used to enjoy pictures. This could be the same for a company. Instead of long, boring sentences in a document that you feel like you saw yesterday with different numbers, we want to realize what’s going at once with images. Who did what, toward which goal?

Then, let’s make it fun with pictures!

5. It decides the most important KR

Top Key Result
KR includes a criterion that visualizes the necessary, major outcomes to achieve the Goal, in detail. Several KRs are linked to one Goal, and when there’s too many KRs (having too many KRs is not idealistic, first of all) humankind cannot help differentiating each and put them in priority order. However, all the KRs are ‘Key’ to the Goals.
The easiest number for a person to recognize is ‘one.’ There, the most important KR to achieve the Goals should be defined as Top KR(TKR). Which one is important for this Goal? TKR is the most! This thought process is important. Even if you have more than two girlfriends, as long as you define the most important one, you will easily make decisions toward the Goal, or (tentatively say) marriage. That’s how it’s like.
(Folks, don’t tell me marriage could not be a Goal…)
What’s important; recognizing it simply will match with the idea of “choose and focus”.

Is There a Perfect Goal Achievement Model?

So far, I have described some features of the GKA model which Goalous adopts.
A model is, because of its feature, it tries to reach the more essential ones through observation, destruction, reconstruction, re-destruction, re-reconstruction… and so on.
Until we feel the result if good enough and we are wholly happy, we will keep revising the theory and evolving.
Next time, I will observe GKA more closely with concrete examples. 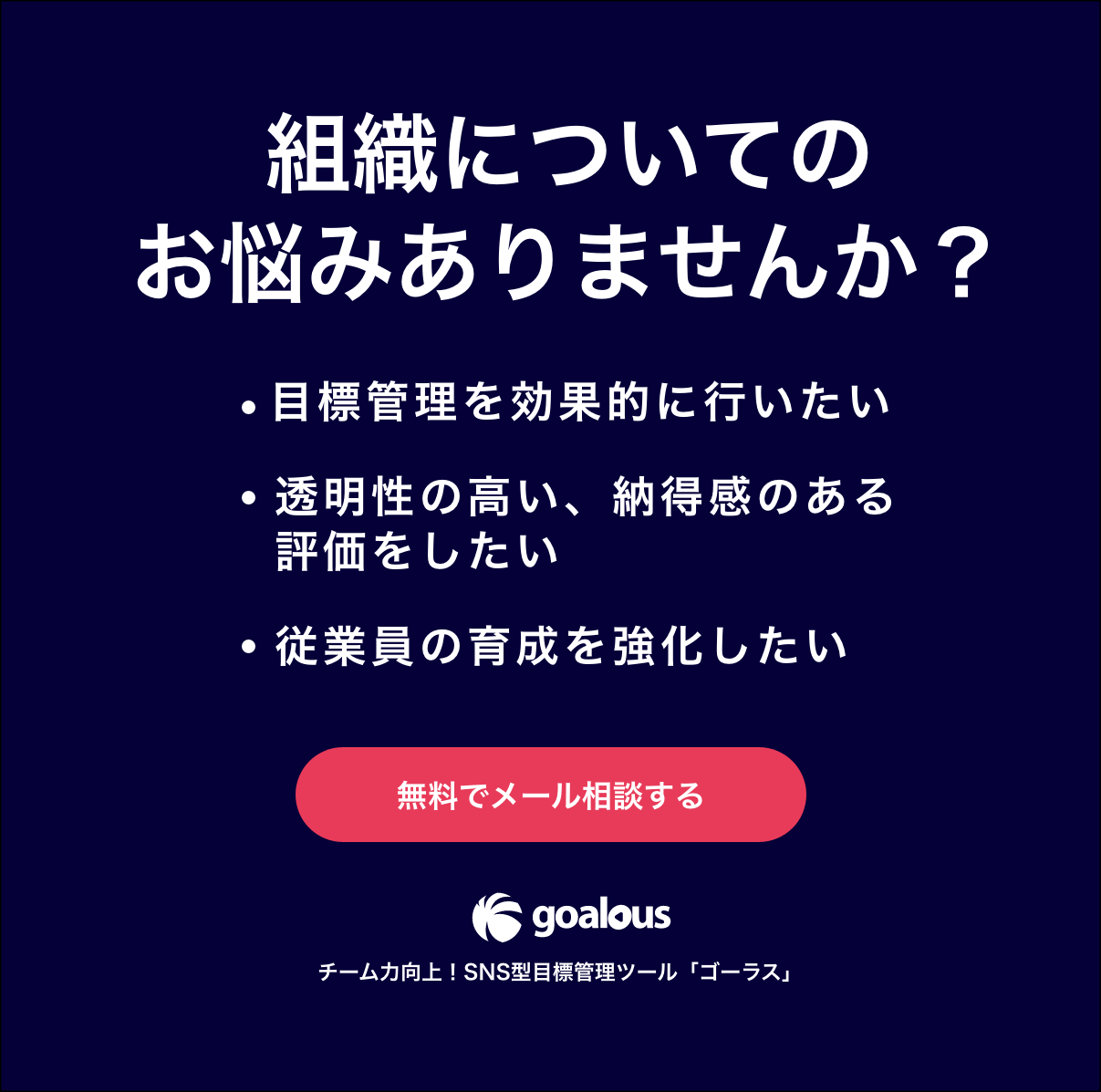 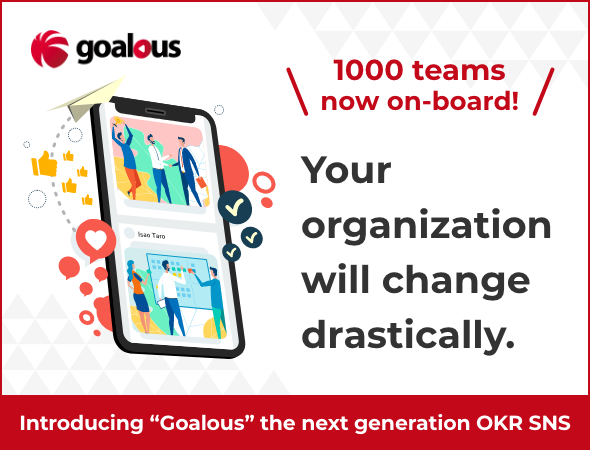