The meaning of feedback 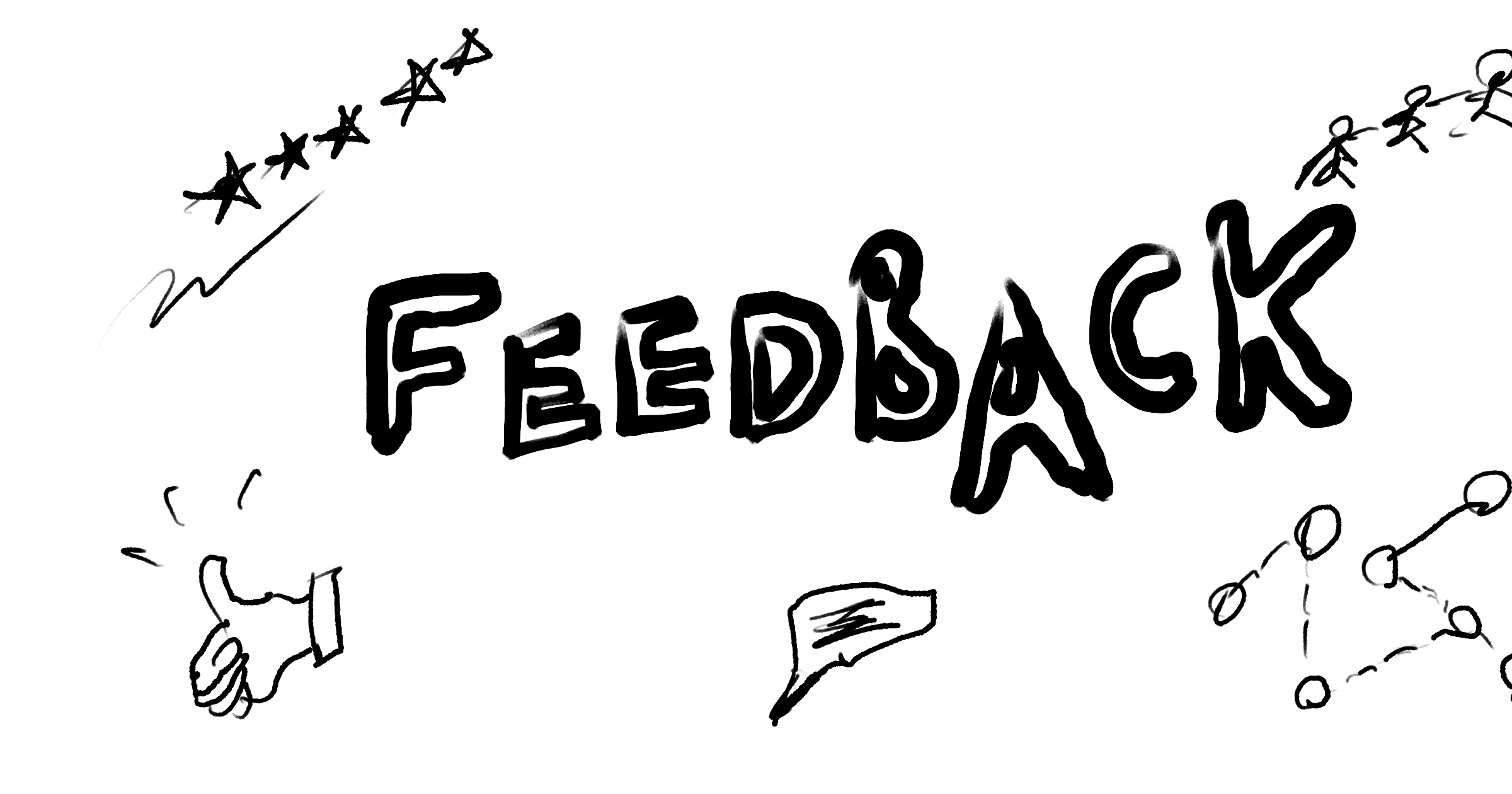 Have you ever seriously considered the meaning of feedback? What is feedback?

Feedback is to inspire those who act.

The feedback that we usually use at work, etc., is defined as follows.

Consider a state in which there are people who have “perception” and “ability to act by decision-making” and who “act” what they have learned about what they perceive, and those who observe that behavior.

At this time, it is called feedback that the person who “observes the behavior” stimulates the perception so as to influence the “learning” of the person who acted.

Definition of feedback – by Kohei Kikuchi

Shown in the figure.

Simply put, feedback is an activity that “influences learning” and encourages the expected “next action.” That is the purpose of feedback. In other words, if you do not see the next action you expect, you can think that the feedback has failed.

Feedback has positives and negatives

Behavior increases quantitatively when positive feedback is in effect. It just grows until the body collapses. On the contrary, if it is negative, it decreases. For example:

< POSITIVE >
Your presentation was interesting. I would love to hear from you again.

< NEGATIVE >
Your presentation was boring. I don’t want to hear it anymore.

hould the feedback be honest? how about that. I mentioned earlier that words influence behavior. Don’t handle words easily and sloppyly. This is because it decides the “next action” of the person who receives the word.

What’s wrong with calling a boring presentation “boring”? Otherwise, the opponent will not grow. It is a good businessman to say such a difficult thing, and that is correct and effective feedback.

Most of humanity may believe in this way. No, it has traditionally been thought of for decades. That means I’m 100% wrong (laughs).

There was such an experiment in Kansas.

A basketball team watched a video of play after the match. Within the team, we provided the following two patterns of feedback.

(1) Point out mistakes. The reason for the goal was that he didn’t come back here. etc.

(2) Ignore mistakes and show only where the team did well and where it was perfect.

What 2) showed an overwhelmingly large improvement. This is amazing. What have many business teams done? They would have just mentioned “bad things”. And think about what to do next. This is exactly the method (1). In fact, they didn’t realize that the method was discouraging the members. .. .. It’s been decades since you thought you were good. .. ..

There is interesting data again.

When the engagement (feelings such as attachment and affection) of [Give negative feedback] is set to “1”, think about how many times the engagement will be multiplied in each of the following actions compared to that.

(B) Give positive feedback

Now, please answer with numbers. Negative feedback is 1. It will be a scary result.

I will write the answer.

Hmm? This means that positive feedback is 1,200 times more engaged than ignoring it. Was it the worst behavior to ignore? By the way, somebody said that ignoring was the worst act of bullying. Ah, I have to give feedback. What’s more, one positive produces 40 negative engagements. ..

“Benevolence” is the root of everything

You’ve probably heard the word Benevolence. Benevolence is “the feeling of love that cares for people.” It is the basis of Confucius’s teachings.

Very naturally, love your relatives, do your best, don’t be afraid, suppress your selfishness, and treat yourself honestly. This mindset is also the basis of feedback. Without benevolence, real communication between humans would not be possible. ..

I want you to think again. Who is the feedback for? It’s for the other party. Encourage learning by continuing to observe closely, touching the heart of the other person with benevolence, and showering with positive expressions.

“Your presentation was boring in the world. I love boring presentations, so let me participate again.”

Did you improve your wording? Is there benevolence there?

Next time, let’s think about examples.